Creeps started DJing at only the age of 8 years old. He soon made progress and began to perform at several places like school- and private parties and also at the local hockey- and football associations.

During the Amsterdam Dance Event 2017, when he is 13 years old, he is discovered by Denon DJ while he plays a fantastic set on their latest gear. The Dutch DJ Laidback Luke sees an Instagram video of Creeps applying a self-made DJ skill. Laidback Luke copies the skill and applies it during a live performance at Tomorrowland. Creeps is thanked for this by Laidback Luke and there has been mutual contact ever since.

The performances are getting better and bigger and soon he is booked for his first real festival Podiumfestival in IJsselstein. The performance is a big success and in the 2 years following he rises in the line-up from opening the festival to directly before the headliner eventually to headliner. The first club performances arise, and he gets his own weekly radio show Danceflow on LAYZER, and in the summer of 2018, the first international booking follows. He is booked for a pool party and in a club performance in the surroundings of Barcelona, Spain.

As he is 14, he wins the national mixtape contest of Kunstbende and is allowed to open the Heldeep 9 show from Oliver Heldens in the Maassilo in Rotterdam. An absolute new highlight in his young career. The comments on his set were overwhelming, a dream came true. Several performances in clubs and festivals follow, also during the Amsterdam Dance Event of 2019. He plays, amongst other things, at a VIP Tourbus of Mixmash records & DenonDJ for a select group of people through the city of Amsterdam.

During the 15th anniversary of Mixmash Records, he is unexpectedly asked to play a set for the invitees and one of his biggest role models Laidback Luke.

SLAM! Plays his first Mixtape during the SLAM! Mixmarathon and soon after that multiple radio stations worldwide follow up. His mixtapes are often played by stations in Belgium, England, Germany, Spain (Ibiza) up to the USA.

At the age of 15, a new highlight follows: he is requested and booked by Dutchweek and will go to Zell am See / Kaprun for a week at the beginning of 2020 and has 6 performances there. From the top, if the slopes to the clubs he plays fantastic sets, leaves an excellent impression, and a sequel beckon.

SLAM! plays for a second time a mixtape of Creeps and he also appears in 2 TV shows. He plays a set of 45 minutes in the show Housefanatics and he can also be seen and heard as a DJ in Brainstorm by NPO3 Zapp.

Multiple bookings from festivals and larger clubs follow and so he wins the prize at a DJ competition (from Ronald Molendijk) to be allowed to open the Sunbeats festival on Texel.

Corona also has major consequences for Creeps, so currently he has no gigs except for some live streams, and he uses the time to produce his tracks. His goal is to release his first track(s) this year. 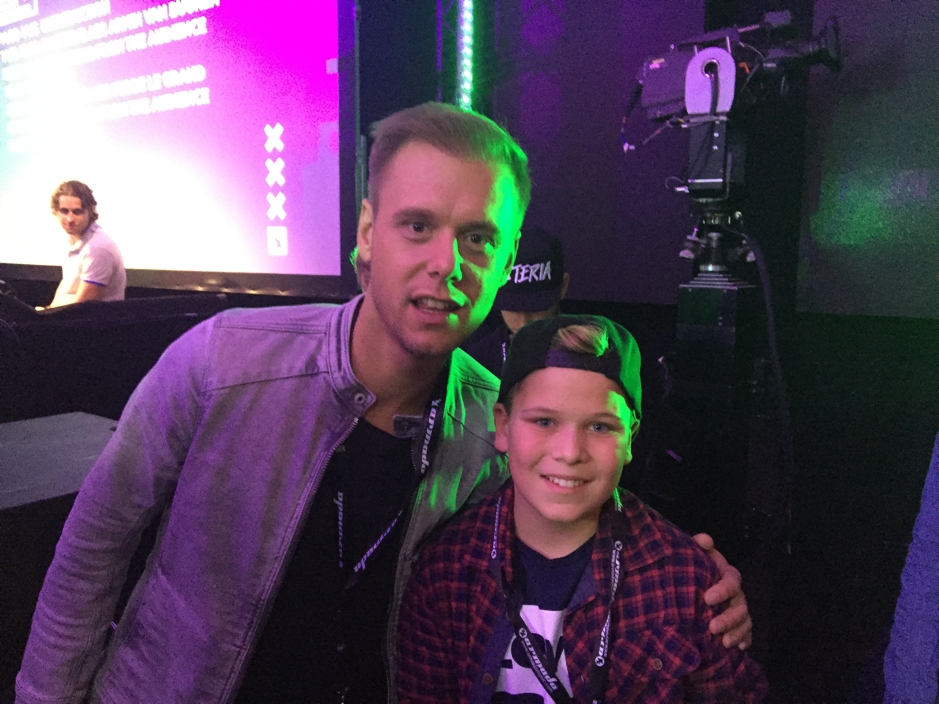 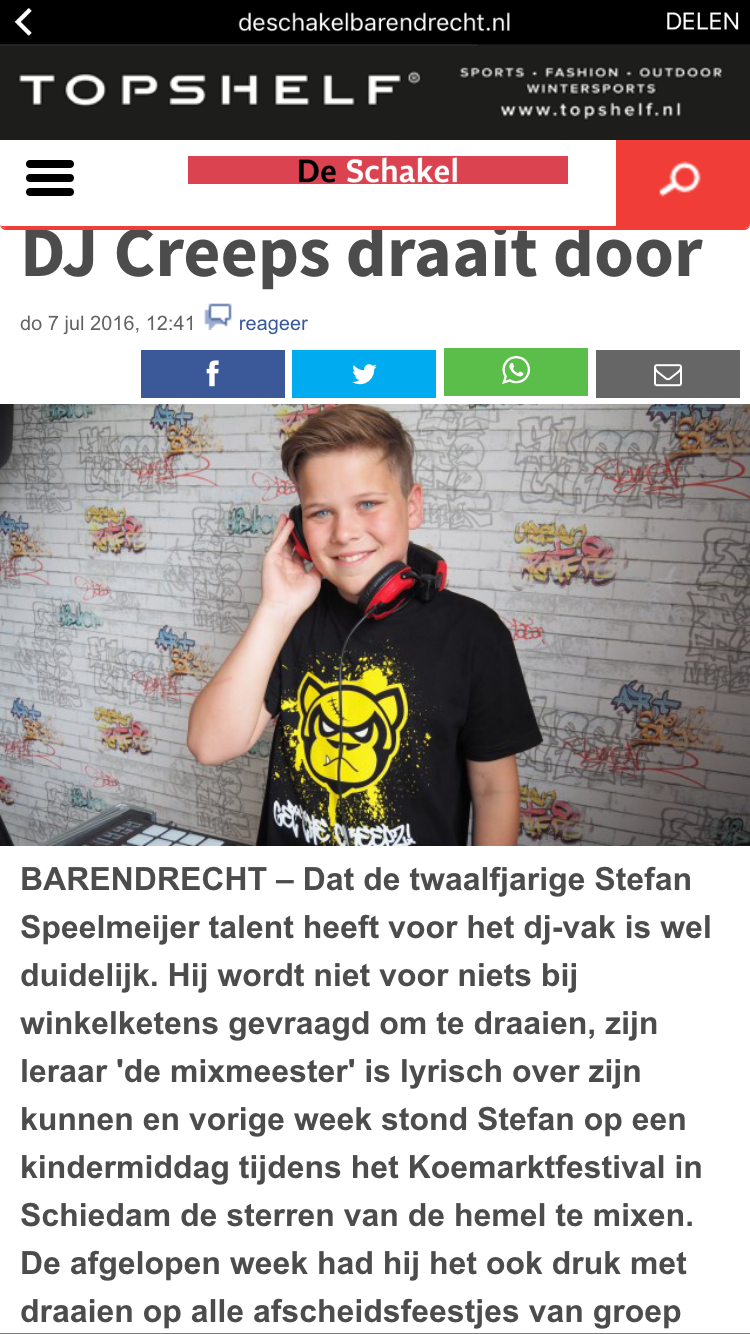